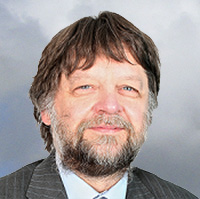 Mick Moignard has been modelling seriously since teenage, mostly working the 3-foot gauge lines of southwest Colorado, the Denver and Rio Grande Western and Rio Grande Southern in HO scale. That has led to scratch and kit-building building of rolling stock and the detailing of far-eastern brass locomotives, as RTR Colorado models are rather thin on the ground. Adoption of DCC, in Mick’s opinion one of the best things to have happened to the hobby – has led to much improved operation of the models and now, with the use of high-quality sound decoders, properly set up, the overall image is greatly enhanced. He is still employed in the computing world as a software developer but building up a “retirement” business as a DCC installer, specialising in sound.

As an NMRA member, Mick has embraced the ‘Sharing Know-How’ philosophy, writing many magazine articles and giving clinics at NMRA and other conventions here and in the USA. Older readers may remember a series on HOn3 rolling stock in Continental Modeller in the 90s, or a long series on DCC in ScaleFour News in the 2000s; that set of articles is still available as a download from Mick’s blog pages. On the strength of those articles, Mick now has the NMRA Authors Achievement Program certificate to go with his Master Builder, Cars, and several Merit Awards for locomotives. He has also won a number of convention contest placings, again, both in the UK and in the USA.

As well as having a home layout in HOn3, for some years Mick and a modeling friend had an On30 layout on the exhibition scene: Parsons Lumber Company, Camp 93, This, now retired after over 50 shows, was one of the very first layouts on the circuit to feature DCC and sound, and using DCC to the full, no fixed control panel either, with the entire layout operated from the DCC throttles.